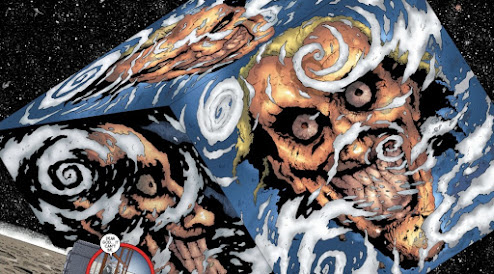 The Joker is back—if he ever left.

Oscar-winner Jared Leto returned to the role for a short appearance in the long-anticipated “Snyder Cut” of 2017’s “Justice League,” which premiered on HBO Max last month. Joker wasn’t in the original movie, or in any of the cut footage that fans had been longing to see since the dismal product hit theaters. Nor did he have much to do with the story. But director Zack Snyder said it would seem “uncool” for the Joker to never show up in his series of Batman films. He’s probably right—the Joker has reached the kind of cultural prominence where his absence would have been noticed.

Ten years ago, after Heath Ledger nailed the role in “The Dark Knight,” fans petitioned that the Clown Prince of Crime be permanently retired from cinema. Since then we’ve had two more—three if you count animated movies, and four if you consider Leto’s return to be a new character.

“I seriously have Joker fatigue,” comics writer Gail Simone said in 2015—and that was several Jokers ago.

In the comics, following the recent Joker: Killer Smile, Joker/Harley, Three Jokers and the Joker War crossover event, the Joker last month got his first solo title since 1975. That’s not even mentioning alternate universe variations—such as The Batman Who Laughs, a terrifyingly methodical Batman and Joker hybrid, and the rehabilitated Joker who becomes a social reformer and politician in Batman: White Knight.

The Batman Rogue’s Gallery offers many characters with fascinating contradictions and complexity—Catwoman’s conditional morality, Two-Face’s dual personalities, Mr. Freeze’s tragic lost love. But out of necessity, audience demand, or maybe just convenience, writers and filmmakers keep returning to a villain whose soul is simply a yawning void of terror and nihilism.

Every time, Joker seems to one-up his bloodlust. But at least he evolves. Created as a flamboyant and deadly thief, he’s pivoted from a fun-loving and mischievous clown to a psychopathic crime boss and finally an anarchistic terrorist. His transformations were so dramatic, Batman writer Grant Morrison felt they needed to be an intrinsic part of the on-page character.

“He has no real personality,” a psychiatrist tells Batman in Morrison’s 1989 opus, Arkham Asylum: A Serious House on Serious Earth. “He creates himself each day.”

Joker has grown from Batman’s key foil to a cultural icon in his own right and, increasingly, a symbol and figurehead for a segment of society feeling out of joint. A key turning point in his evolution may be when Alan Moore gave him an existentialist worldview in The Killing Joke, but that philosophical side has faded in recent years, replaced with seething hatred of all society. Following the 2019 smash hit “Joker,” in the public eye he’s become a mad, psychotic prophet, a forbidden yet enticing outlet for blind rage, Howard Beale and Jim Jones rolled into one.

In 2008, Roger Ebert said that to watch Ledger’s performance was to see a man “stripped of all emotion except for ruthless self-pity.” Self-pity is also what Robert De Niro’s talk show host calls Joker’s rantings, before he gets his final curtain call in "Joker."

And self-pity is a powerful emotion these days, for many who feel today’s culture offers them no other validation.

I respect that many people got something meaningful out of “Joker,” and I find it fascinating. But I just wasn’t one of them. I can’t seem to wrap my head around it either as a drama, an addition to the Batman canon or a barometer of our times.

But there’s another Joker story that, in a weird and roundabout way, speaks to me as a snapshot of our surreal and confounding age. And it’s more than 20 years old.

And it involves rubber chicken-wielding robots, Elvis exorcists and rainstorms of pies.

Emperor Joker was a nine-issue cross-over series in 2000, appearing in Superman’s three titles as well as a special issue. The premise: Mister Mxyzptlk, the 5th-dimensional trickster who spends his time tormenting Superman, accidentally transferred 99.9% of his reality-altering powers to the Joker, turning him into a virtual god. Joker instantly transformed all of creation into an absurdist hellscape, while focusing particular attention on tormenting his superhero foes.

This was one of the first big events after legendary writers Jeph Loeb and Joe Kelly took the reins of Superman, during a time when comics were brasher and conceptually bolder than they are today. Fan reaction to the series is mixed, with many claiming it doesn't totally earn its surreal landscape. And it's rarely mentioned today in Joker discussions—certainly not as much as The Killing Joke. To me, it's one of DC's hidden gems.

The series was initially packaged as “Superman: Arkham,” with the Man of Steel, barely remembering who he is, awakening in a floating asylum and Joker entirely unseen and unmentioned. As readers grappled with what appeared to be some topsy-turvy Bizarro World—Bizarro Superman is actually the head of a reconstituted Justice League—the writers evoked classic, timeless themes of a man trying to prove his sanity in an insane world. The brutal truth is revealed three issues in.

Loeb, Kelly and the series’ other writers had fun, if that’s the right word, imagining what a world run by Joker’s brainwaves would look like.

The Justice League members are transformed into grotesque caricatures—Wonder Woman is a baking housewife, The Flash a fat slob, and Plastic Man’s only power is to become credit cards. Darkseid, the all-powerful New God, is forced to belt out the Budweiser “Wassup” ads. Carnivorous Joker fish and dropping anvils populate the skies while Joker sits in a throne room atop a giant skyscraper shaped into his grin.

Because it’s a Superman title, Batman spends much of the time absent. We find out why midway through—Joker is subjecting his arch-nemesis to unspeakable Promethean torture and nightly death.

The series is dark and graphic, while often very funny—and populated with near-constant 90s cultural references and fourth wall breaks.

“Joker is a homicidal lunatic…and he’s also a clown…so it seemed like the kind of reality an insane clown would create: hilarious and totally demented,” said J. M. DeMatteis, one of the writers on the series. “I love stories that bend and twist realities, leaning into the weird and giving us different takes on familiar characters.”

One crucial element is that as Joker warps the world, he also warps the minds within it. Most are only vaguely aware that something is amiss, even as Joker molds whole continents into the shape of his grin. Characters retain slivers of their rationality—in part because Joker is only almost omnipotent, but mostly because he wants them to as part of the torture. Because readers ultimately experience a graphic novel through the eyes of its protagonists, this adds yet another layer of discombobulation.

What “Emperor Joker” gets—and the 2019 movie misses—is that who the Joker is isn’t as interesting as what he does. These comics are maybe the closest we’ve ever gotten to seeing the inside of his brain, yet all it produces is malignant chaos.

The series ends with Joker attempting to eliminate all existence, the inevitable endpoint in his experiment with playing God. Even while in control of reality, he calls all of creation a "botch job."

“For the first time, chaos will be replaced by order,” he tells his companion Harley Quinn, before turning her into a constellation.

The series is reminiscent of It’s a Good Life, the 1953 short story and 1961 “Twilight Zone” episode in which a young boy with unexplained omnipotent powers terrorizes a small town. I’m not sure either story has a point, exactly, besides evoking the sublime dread of facing humanity’s helplessness against the unreasoning gods of fate.

But reading it today, it taps into a particular angst of the Online Age that's hard to put into words. As events of the past 10 years take on ever-increasing levels of otherworldliness, as the pandemic has forced us to retreat from the world to our screens, as time and proportion lose all meaning to our frazzled senses—who hasn’t felt like we’re living in the Joker’s world? That we’ve all lost our moorings in a new reality grounded not by physicality but by our shared yet jumbled perceptions? That we’re living with a hyperconnectivity that neither God or nature ever intended, headed to a fate both could never have imagined?

A Jokerscape today might comprise endless memes and Reddit rabbitholes, with once-trusted friends and family members suddenly speaking unrecognizable languages of conspiracies, alternate worldviews and anger like victims of a digital Tower of Babel.

I wish I could say that “Emperor Joker” offered some hope or advice. But this isn’t the kind of Superman story that ends with a resounding triumph for truth, justice and the American way. The resolution feels a bit pat and easy, but maybe that’s inevitable. It’s main value, for me, was to evoke a certain feeling, one that once probably would have felt less familiar than it does today.

Maybe the Joker is a prophet, after all. 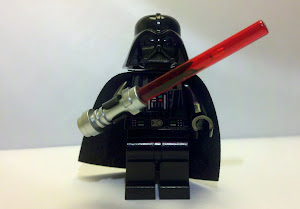 Thoughts about everything from a Midwestern, scotch-drinking, college football-loving, Batman-obsessed recovering political journalist.